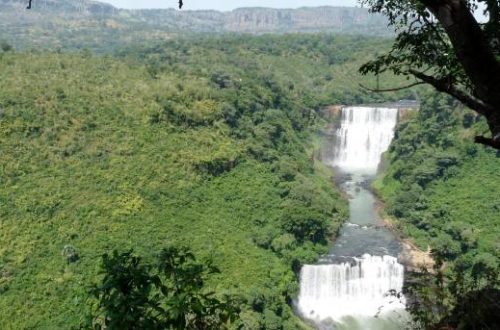 Presentation of the country:

Guinea is country in West Africa. She seats in the midst of Guinea Bissau, Senegal, Mali, Cote d’Ivoire, Liberia and Sierra Leone. She had her independence in 1958 but the first democratic election was held in 2010.

Guinea has a population of 10 628 972 in 2016. With a demographic growth rate of 2.7% in 2015. One in five Guineans live in the capital and 65% live in rural areas. Economic growth in 2016 was 5%. Expected growth in 2017 is: 6.7% (source: World Bank). Guinea is blessed with a plethora of natural and mineral resources. She boasts of one-third of all bauxite reserves in the world. The country also has the largest iron ore ever exploited in the world. In Guinea, we have zinc, manganese, cobalt, nickel, gold, diamond, uranium, oil and a very rich arable soil for farming. Someone hearing of these may think that we are princes but unfortunately, no. Guinea is one of the poorest countries in the world. What a paradox!

Guinea is rightly considered as the ‘Water-Tower’ of West Africa. It has 1165 rivers. Three of the ten longest rivers in Africa have their origins from Guinea, these includes The River Niger, The River Senegal and The Gambia River.

The huge expanse of different mountain ranges and large waterbodies naturally created several waterfalls in the country. The Soumba, Ditinn, Saala amongst others. According to the studies, Guinea has:

Note: Just 3% of all these potentialities are exploited

Here is some waterfalls in Guinea


What Have We Achieved?

In 1994, the Garifiri Dam (75MW) was inaugurated. At its inauguration, Guinea was expected to eventually sell electricity to neighboring countries. The hope of this was one of the motivations that made even the poorest of her citizens to contribute financially to the construction of the dam. Unfortunately, this aspiration remains a pipedream till date. There is also the kaloum thermal power plant which provides 100 MW.

Since 2010, Guinea has spent nearly one billion dollars in setting up power plants and the construction of another dam called Kaleta (240MW). This last dam was inaugurated in 2015 and all hopes were still dashed the same way it happened for the Garifiri Dam. A failure (for the moment).

Nowadays electricity is rationed. There is load-shedding of electricity in all the cities including Conakry. The power company releases a schedule of the districts of the capital that will have electricity and at what time. The day when it is not your turn, the rich will turn on their generators and some use solar panels. The rest unfortunately uses candles (with all the risks associated with its usage).

Education: At the approach of students’ examinations, public places like the airport, petrol stations are flooded by students in search of light to be able to read and revise their courses. The internet which remains a very effective way to do research and to have access to global resources is not readily accessible. You have to pay 1500 FG ($0.17) to charge your phone alone, then pay again to buy internet connection. This is not affordable to most of the students. So the youth of the country has a limited access to the world. Seeing a university without electricity in the 21st century is simply sad and unacceptable.

Health: I would neither talk about women giving birth in labour-rooms illuminated by candle light in health centres nor surgical operations that are carried out with generators that can be stop supplying power at any time during the surgical process (sometimes even go off for lack of fuel). Let me give the example of the inland villages where vaccine preservation is a real problem. As a result of the absence of electricity, many peasants die as a result of snake bites because the vaccines cannot be stored in the local health centres. Why? No electricity

Conservation and processing of agricultural products:

Without electricity, there is no factory. It’s hard to even see how impossible it is to make an investment by operating 24 hours a day with a generator. Most of the fruit, vegetables perishables rot and a larger part is exported to neighbouring countries. Two years ago when Ebola hit our country, almost all borders to the country were closed. Beyond the losses of human lives (2544) peasants lose also their productions.

Mines: Without citing the 17 mining projects that are in the development stage or under study I will give just one example of the impact of the lack of electricity in Guinea:

Guinea has been exporting bauxite for more than 50 years without any transformation due to lack of electricity. By exporting raw minerals, it loses jobs and added value that could have developed its economy.

The Social Unrest:  Demonstrations and riots for a 24×7 electricity power supply is now a daily affair. There were cases in Boké and Kamsar a while ago which recorded one death and a lot infrastructures were vandalised. And often when there is electricity, because the distribution network is defective, there are fire outbreaks. A few months ago, science and technology students were killed in a fire outbreak caused by a short circuit. Results: Demonstrations against the national electricity company and there also a lot of properties were vandalised.

Criticism is Easy. What is the Way Forward?

It will be a nice thing to have total transparency in the energy sector. If all the projects discussed above were failures, they failed because they were not run and managed by competent hands and establishments with appropriate capacity and manpower to manage it. Opening up the sector to competition by privatising and having it managed by private sector will make a lot of difference. These private sector companies will produce the electricity and then sell it back to the national electricity company. With the development of micro-hydroelectricity and solar energy all the Guinean population will have access to electricity. I would also  use the signed production and distribution agreements with the countries of the ECOWAS to sale them clean energy. A good organisation with a good vision in this country, can totally transform Guinea in a few years’ time into an energy giant in West Africa.